“The Landscape of Translators”

YesYou may have noticed that our June 16 column from Richard Charkin—An Editor on the Translators’ Debate—has sparked quite a bit of discussion, both in the comments on the page and on social media. 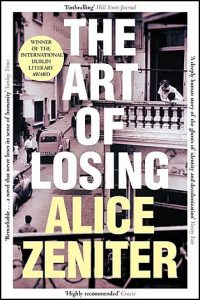 We are pleased to have today (June 23) a response from Frank Wynne, the prolific Irish translator and writer who recently chaired the jury for the International Booker Prize.

In May, Wynne won her second Dublin Literary Award with Alice Zeniter for her translation of her The art of losing (Pan Macmillan/Picador, February 2021). His first Prix Dublin was won in 2002 with Michel Houellebecq for Atomized (Penguin Random House/Vintage, March 2001).

There is a list here of many other awards that Wynne’s work has won. 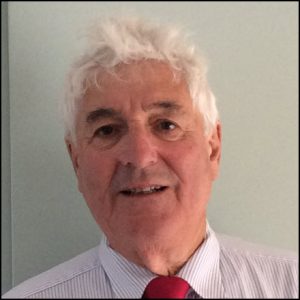 Charkin, of course, is well known to our readership for his experience as a longtime publishing director at Bloomsbury, Macmillan, Oxford University Press, Elsevier, and he is currently the founding publisher of Mensch Publishing, his press independent.

These and many other aspects of the careers of these men make them highly experienced practitioners and commentators in the global industry. And they are respected and respectful professionals who know how to differ sincerely and yet friendly.

We are particularly taken with Wynne’s last line in which he talks about the relationship between translators and editor: “not contradictory, but symbiotic”. Could we just forward this exchange to some politicians we all know as a guide for collegiate disagreements and debates?

He said, he said

To get into Wynne’s comments, recall that Wynne spoke to BBC 4 Radio’s Tom Sutcliffe on March 15 about the pay of translators, appearing with translator Jennifer Croft, who along with British author Mark Haddon and the Society of Authors, launched last fall the #TranslatorsOnTheCover campaign, urging publishers to give credit to translators and authors (as the International Booker does), by publishing the names of authors and translators on the covers of translated works.

We asked Charkin for his take on the issues. Subsequently, Wynne contacted us to offer this answer. Frank Wynne writes:

I read with interest Richard Charkin’s contribution to the ongoing debate on the recognition and remuneration of literary translators. However, I think there are some mistakes and strawman arguments that need to be corrected and clarified.

Firstly, contrary to what Mr. Charkin claims, I have never used translators”be recognized as equal in terms of cover placement and royalty sharing.” Advocating for translator royalties does not imply royalties equal to those received by the authors; offering cover credit to translators does not mean equal credit. A quick look at other media – theater and film posters, classic DVD and CD covers – demonstrates that it is possible to credit multiple creators of an artistic work while respecting their individual roles and contributions. .

The article evokes a “profit-sharing model” that no one has ever proposed. Commercial publishers pay advances and royalties to authors; the majority also pay fees/advances and royalties (much lower) to translators. Authors are not required to repay unearned advances, nor are translators. Granted, most translated books struggle to cover their costs, but so do the majority of English-language books, as Charkin rightly points out. Since no one would suggest that authors forgo possible royalties because their books are statistically unlikely to make money, why argue this in the case of translators?

“Where would this additional royalty come from?” Typical UK royalties on English books start at 10% (hardback) and 7.5% (paperback); for translated works, typical figures are 8% and 6% (paperback), leaving a margin of 2%/1.5%, meaning that the 1-2% royalty already paid to translators by the vast majority of independent publishers and many large publishers is already covered by the lower starting royalty for these authors. E-book royalties (usually 25% of net revenue) are routinely split 20%/5% between author and translator by many UK publishers, but sadly not all.

Despite the many avid readers of translated literature, few people truly believe that a translator’s name will increase sales. But this misses the point: the authors are credited because the text is their work; for translations, the text is the work of the author via his translator. The two roles are by no means equal, but both are essential.

What is frustrating about this article is that basically, Mr. Charkin and I seem to be in general agreement. He concludes “I believe there should be more translations from and into all languages. […] I also think that translators deserve recognition and a fair reward. That’s all we say; but what constitutes “credit and just reward” is a valid subject for reasonable discussion.

The landscape for translators has improved dramatically over the past 20 years, in part due to the advocacy and support of a host of organizations, and in particular the very many publishers who support and appreciate our work. My colleagues and I deeply value our working relationships with publishers, publishers, agents and rights managers. Our relationship is not a confrontation but a symbiotic relationship, a relationship that has evolved and will continue to do so.

Publishing Perspectives is the global media partner of the International Publishers Association.

To learn more about the COVID-19 coronavirus pandemic and its impact on international book publishing, click here.

Porter Anderson is a non-resident member of Trends Research & Advisory, and was named International Business Journalist of the Year at the London Book Fair’s International Excellence Awards. He is editor of Publishing Perspectives. He was previously associate editor of The FutureBook at The Bookseller in London. Anderson was a senior producer and anchor for CNN.com, CNN International and CNN USA for more than a decade. As an art critic (National Critics Institute), he has collaborated with The Village Voice, the Dallas Times Herald and the Tampa Tribune, now the Tampa Bay Times. He co-founded The Hot Sheet, a newsletter for authors, which is now owned and operated by Jane Friedman.