“A crucial role as an advisor to new translators”

JCzech translator Veronika ter Harmsel Havlíková will be honored on Friday July 1 as the winner of the translation prize of the Netherlands Foundation for Literature (Nederlands Litterenfonds).

The event is to take place on the first night of Amsterdam 23 Literary Vertaaldagen two-day symposium at Rode Hoed place (Red Hat) on Keizersgrach, “Days of Literary Translation”, which attracts more than 300 translators.

Ter Harmsel Havlíková receives a grant of €15,000 (US$15,783) in recognition by the foundation of her work in translating “important Dutch titles into Czech, as well as her crucial role as an advisor to new translators and as an intermediary in the name of Dutch literature”. ” 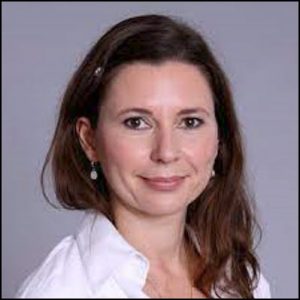 Ter Harmsel Havlíková is from Prague, where she studied German and Dutch at Charles University.

She obtained her master’s degree on the first Dutch pop-art novel and pursued postgraduate studies in literary theory at the Palacký University of Olomouc.

After several years working in international schools in Prague, she taught at Palacký University and Masaryk University in Brno. She is currently director of the language and training institute Dutch Language and Culture in Prague. Since 2013, she has served on the board of directors of the Association of Literary Translators of the Czech Republic.

In 2011, ter Harmsel Havlíková received the Outstanding Creativity Award from the Association of Translators for his Czech translation of The discovery of the sky by Harry Mulisch.

For an overview of the scope of his work, see his mentions (more than 40) in the Letterenfonds translation database here.

The administrators of the Letterensfond point out that their award rewards not only a quality translation, but also “the efforts of translators as ambassadors of a specific linguistic field or genre, or of literary translation in general.

This is the 119th Publishing Perspectives awards report produced in the 120 publishing days since the start of our 2022 operations on January 3.

More from us on the The COVID-19 coronavirus pandemic and its impact on international book publishing is here.

Porter Anderson is a non-resident member of Trends Research & Advisory, and was named International Business Journalist of the Year at the London Book Fair’s International Excellence Awards. He is the editor of Publishing Perspectives. He was previously associate editor of The FutureBook at The Bookseller in London. Anderson was a senior producer and anchor for CNN.com, CNN International and CNN USA for more than a decade. As an art critic (National Critics Institute), he has collaborated with The Village Voice, the Dallas Times Herald and the Tampa Tribune, now the Tampa Bay Times. He co-founded The Hot Sheet, a newsletter for authors, which is now owned and operated by Jane Friedman.

I’m a fan of Firefox, but in different conditions a translator is a great translator

Anna goes from corporate lawyer in Kyiv to translator in Lisdoonvarna: ‘I decided to come to Ireland – and I really like it’